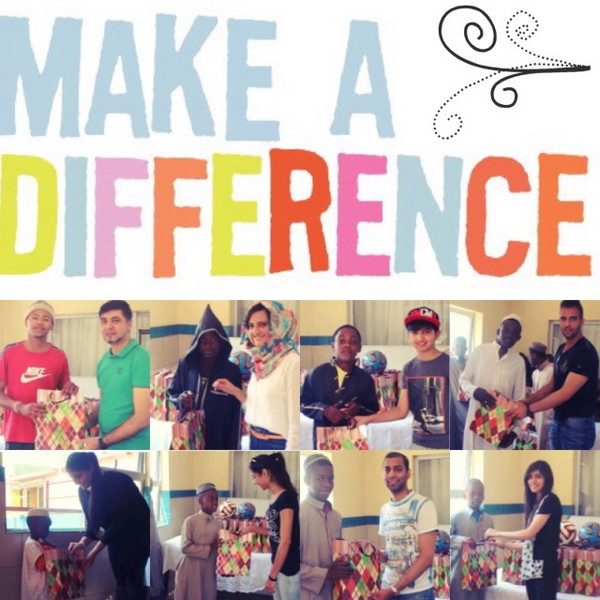 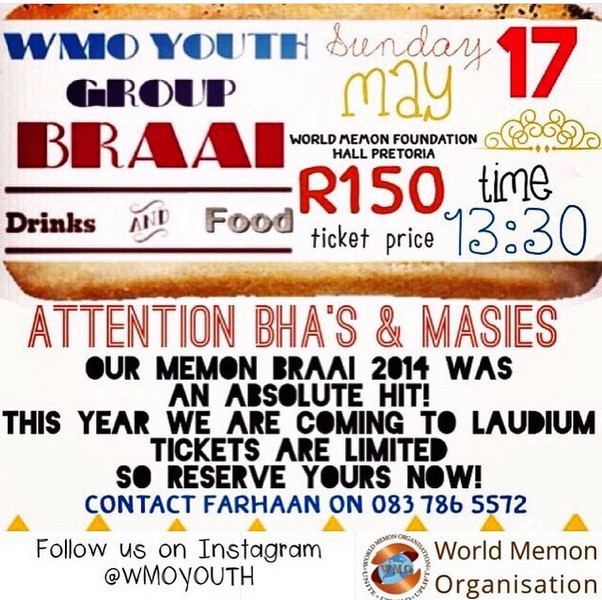 After a very successful Youth Braai in 2014, the WMO [Africa Chapter Youth Wing] decided to make the Braai an annual event on our calendars. This year’s Braai on the 17th May 2015 was held in Laudium as our purpose was two-fold.

Our first aim was to raise funding for an underprivileged Madressa in Riverlee, established by four women who saw the need to bring the youth of Riverlee back to Islam, whereby teaching them the basics and providing them a meal while doing so.

Our second goal was to create an awareness of the good done by WMO.

Uncle Gulaam Abdoola (Trustee) gave us an inspiring background and some insight into what the WMO does and how the youth can benefit from it.

Thereafter the guests were served delicious braai and dessert. We also used the opportunity to encourage guests with fun learning of our exciting Memoni Class which was helped along by members of the BOM and their spouses.

We had an extremely successful event with over R10,000.00 raised for the Riverlee Madressa, which will be used to kick start their Ramdhaan projects Insha Allah