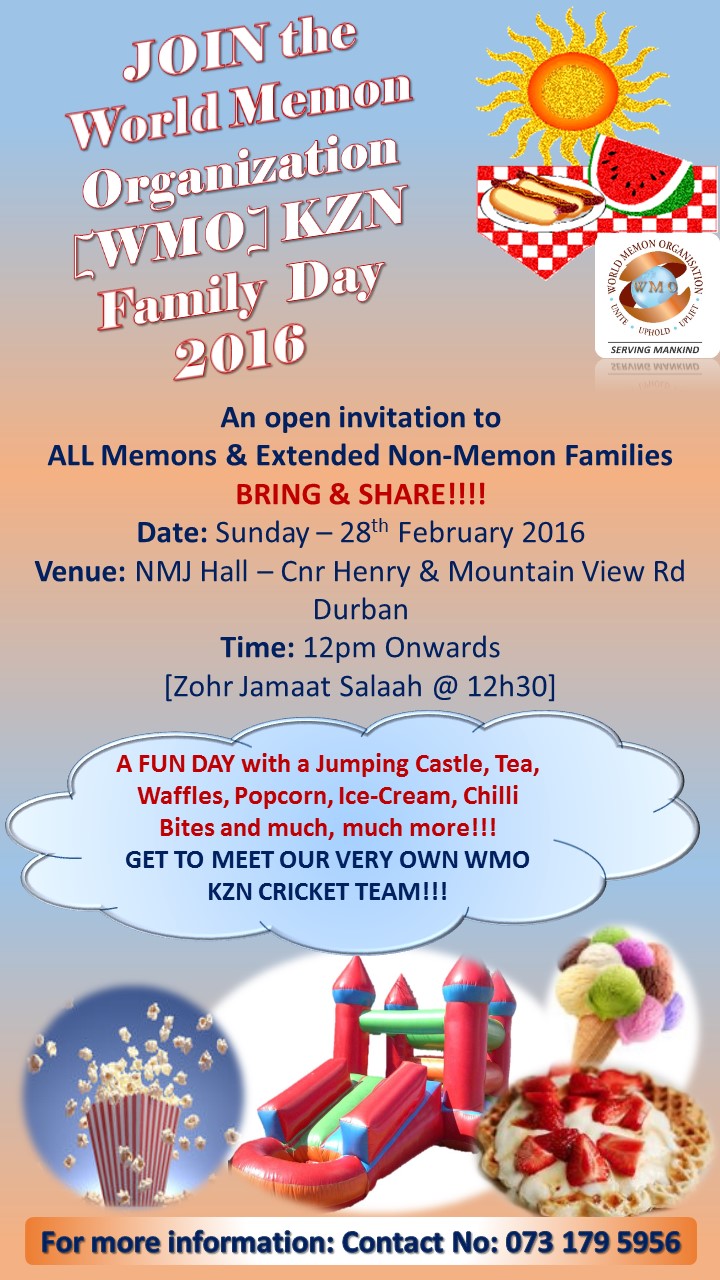 Previously the Durban Team hosted a picnic on the beachfront and thereafter at the Japanese Gardens. This was by the far the largest and most successful such gathering of the Memon Community of Kwazulu Natal and their extended families.

AK and fazila Ismail out did themselves in co-ordinating this event from sponsorship of food such as biryani and dokra . The community was urged to bring and share and there were lots of eats and drinks provided. Everyone who attended were greeted at the entrance by the wonderful smell of Kara Nichi freshly fried bhajia, vada and Jalabi.

This was followed later in the afternoon with waffles and ice cream. Children were entertained by jumping castles and other wonderful paraphernalia that kept them entertained throughout the afternoon. This was accompanied by wonderful eats like popcorn, slush puppy and ice cream for the kids. The attendees were met at the entrance by hosts provided by the AKI group who requested all guest to fill in forms to become members of the WMO as well as a census form that is becoming essential to create a database of Memons in KZN.

The Vice President of WMO Africa, Haroun Joosab arrived especially for the event and was met and hosted by our senior members viz Trustee Yusuf Kamdar, Advocate Farouk Moosa and AK Ismail and Fazila Ismail.

The youth were encouraged to join the youth wing which is actively involved in the cricket team that is a precursor to the World Memon T20 to be held next year. Many of these members are from the team that went to Sri Lanka in 2015. This event will now be held annually at the NMJ Centre which serves the needs of not only the Memon community but also the Muslim community.

WMO extends it’s appreciation to the executive of NMJ for providing the facilities free of charge.

Speeches were given by The Vice President Haroun Joosab , Trustee Yusuf Kamdar , AK Ismail and Advocate Farouk Moosa. The history of the WMO was explained and the purpose of the WMO and it’s philanthropic activities. Community members were also told that it is imperative that the Memon language and culture has to be preserved not because we are an elite community but the youth of today will lose the connectivity to their roots.

We hope and pray that the community begins a process of uniting behind the WMO to achieve our objectives as well as network and connect up with our members from throughout the world Inshallah. 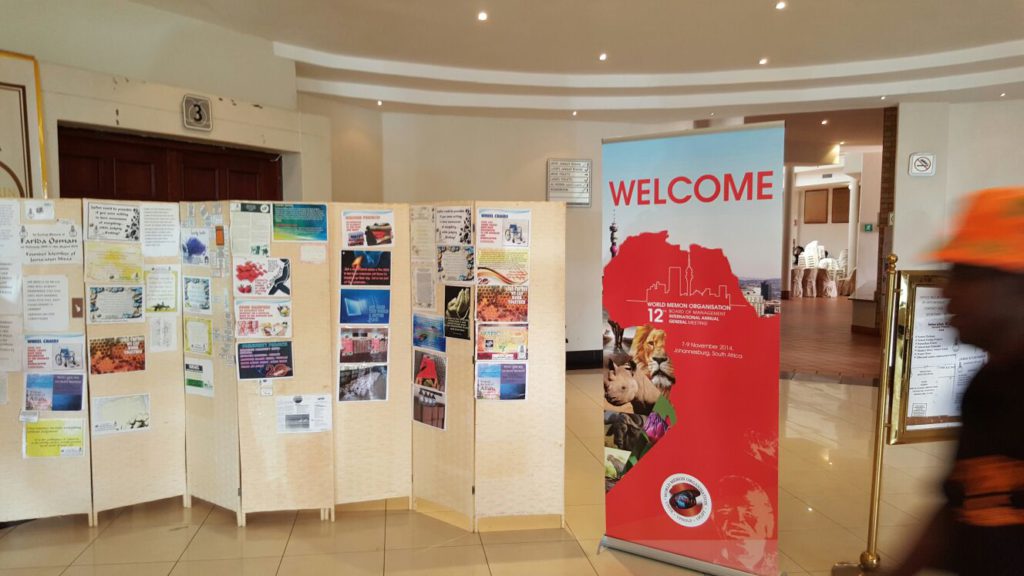 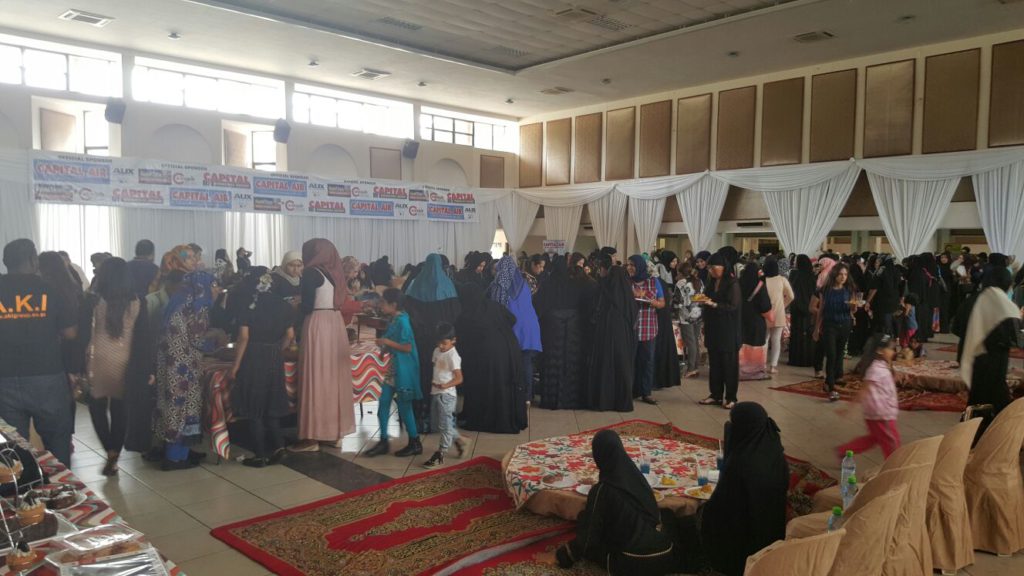 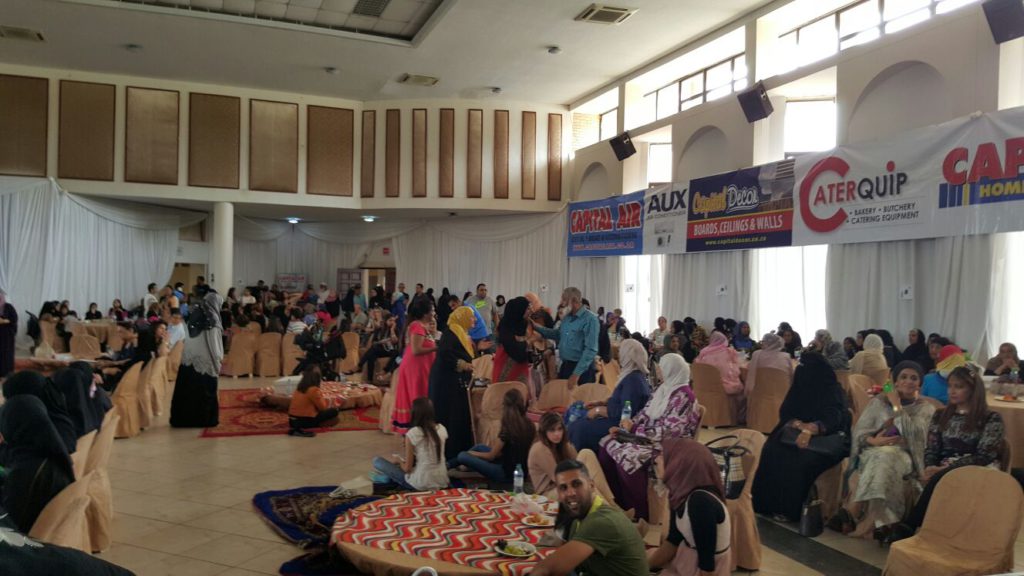 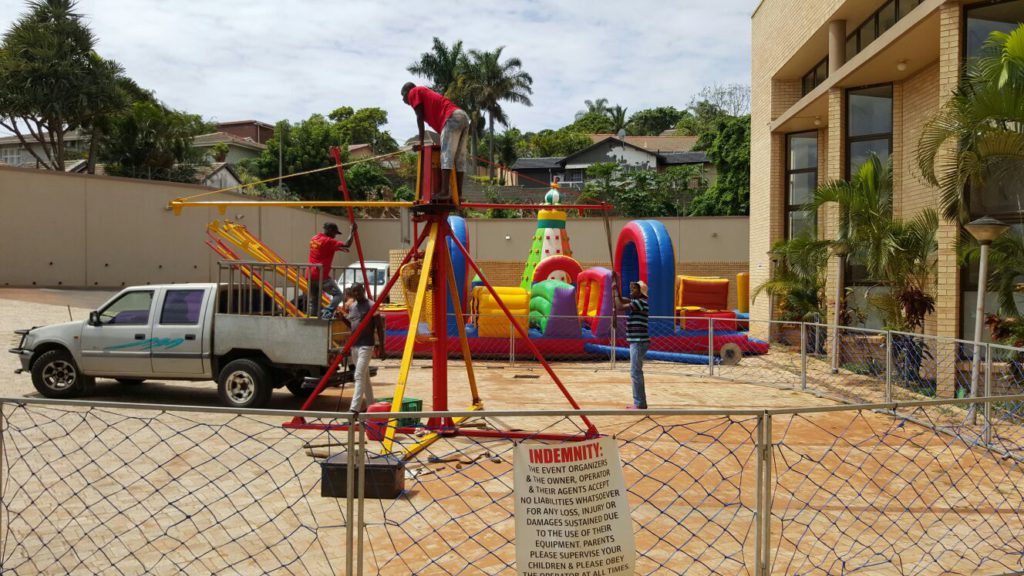 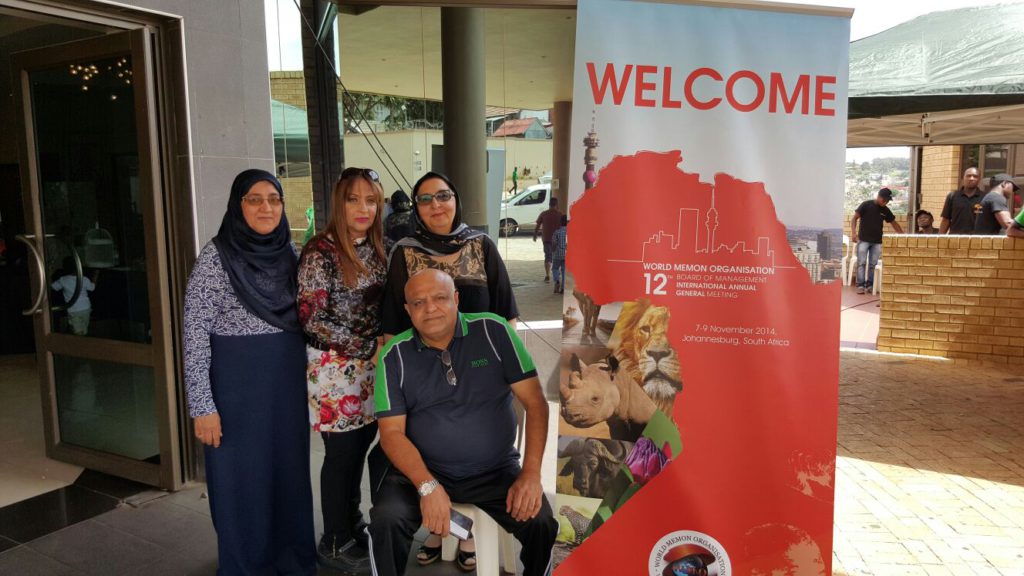 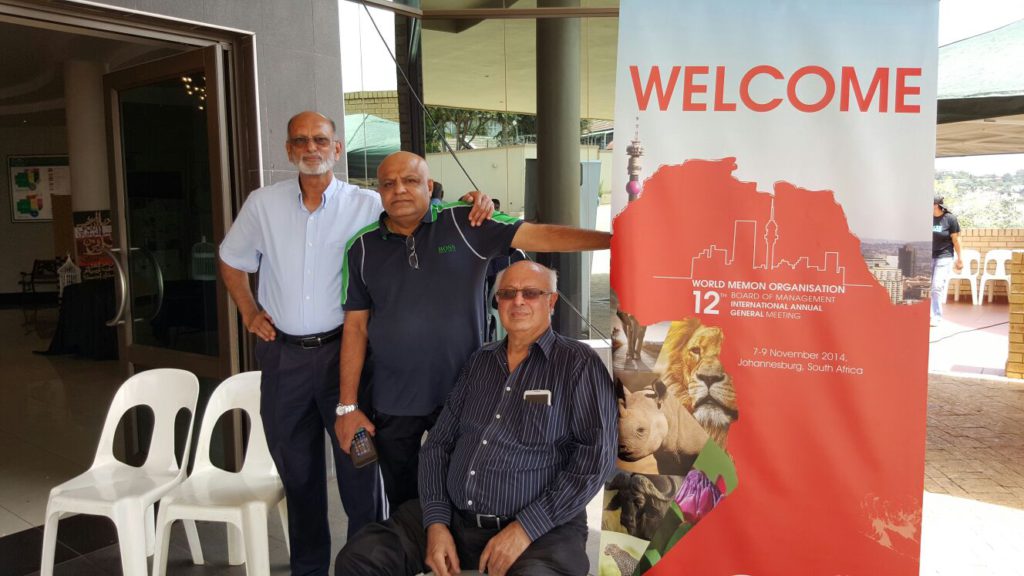 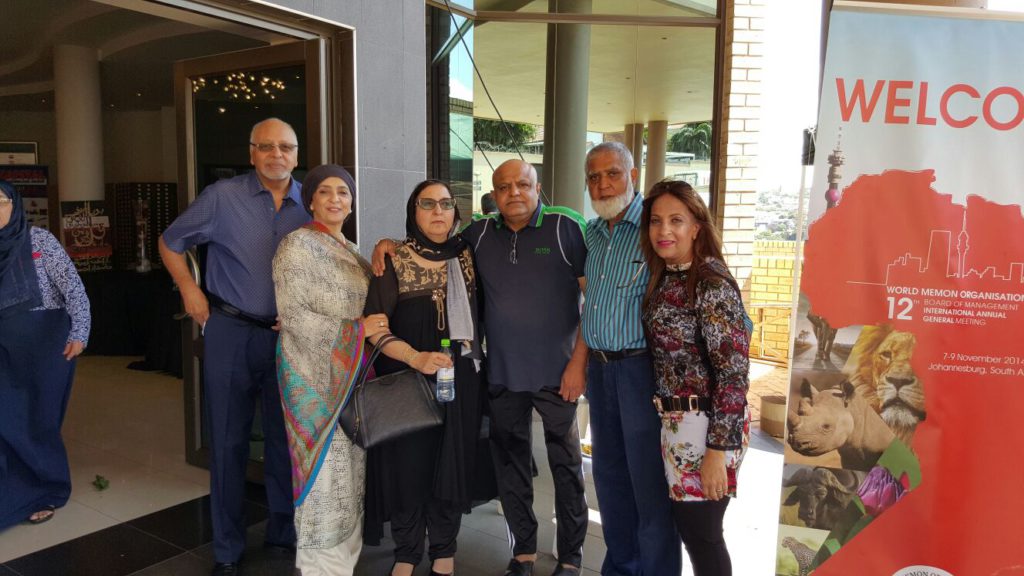 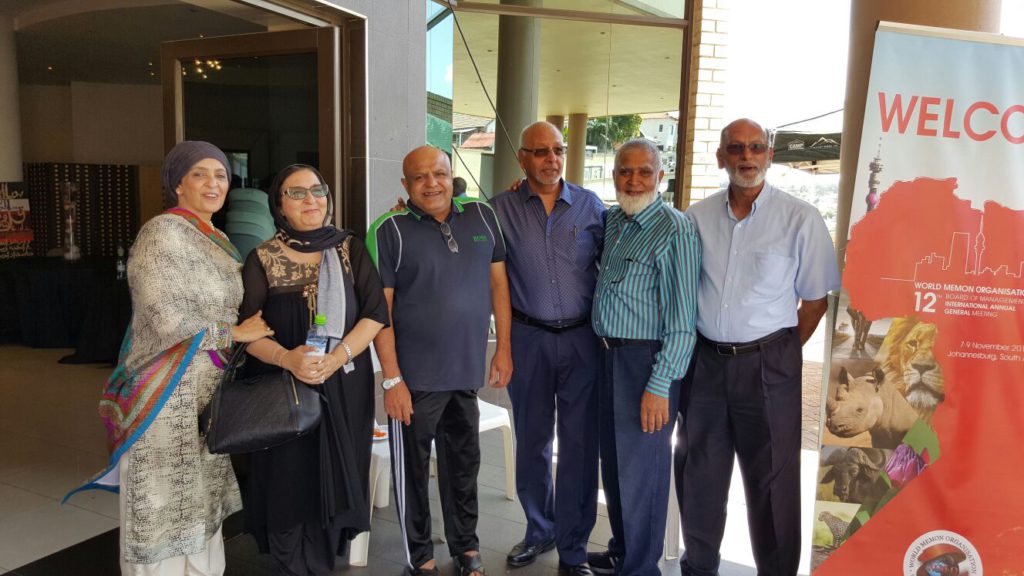